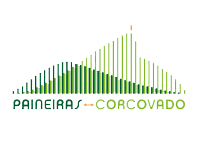 The Hotel Paineiras was opened in 1884, during Dom Pedro II Empire. Hosted several Presidents, such as Washington Luís and Getúlio Vargas.

Nowadays, the hotel will be renovated by a national competition conducted by the Institute of Architects of Brazil (IAB). Hired by the consortium formed by Iguaçu Falls S/A, Beltour Turismo & Transporte and Esfeco Administração Ltda, Master Ambiental provides the following studies for the Paineiras Comples, at the foot of the Corcovado hill, RJ: