What is Greenhouse Gases Inventory (GHGs)?

The increasing consumption of fossil fuels, greenhouse gases emissions in the cities and in the countryside, destruction of forests and other natural resources are causes of elevation of the concentration of Greenhouse Gases (GHGs) in the atmosphere.

In excess due to human activities, the GHGs are causes of the phenomenon of climate change or Global warming, which has the effect on the Earth and risks to the living conditions on the planet.

Who requires the GHGs inventory?

GHG inventories become a diagnostic mechanism and control of greenhouse gas emissions in the context of the United Nations Framework Convention on climate change (UNFCCC), created during the United Nations Conference on environment and development held in Rio de Janeiro in 1992, due to concern of scientists regarding global warming, regulated by the Kyoto Protocol, which ran until 2012, and by the agreement of Paris, during the COP21, held in 2015.

The national policy on climate changes (law n 12,187/2009), which traces the actions of Brazil to fight climate change, establishing inventories as tools of its policy.

Increasingly, environmental agencies require the submission of GHG Inventory as required for the environmental licensing of certain potentially polluting activities, if the State of São Paulo, CETESB (SP) and Rio de Janeiro, INEA.

What are the advantages of a GHGs Inventory?

The GHG inventory is an important tool for diagnosis, the first step to reducing emissions and carbon offsets.

The GHGs inventory collaborates to mitigate the effects of climate change and also contributes to the reduction of production costs and increase the efficiency of the processes of an organization. It’s a powerful management tool that creates opportunities to improve the production, as identifies equipment’s and practices more economical and anticipates future legal requirements.

Among the recommendations, monitoring measures, energy efficiency and waste management are commonly suggested in order to reduce emissions. Planting trees is another way to offset the carbon emitted.

How can Master Ambiental improve your business?

Meet some of our clients 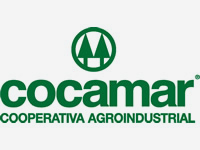 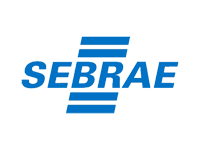